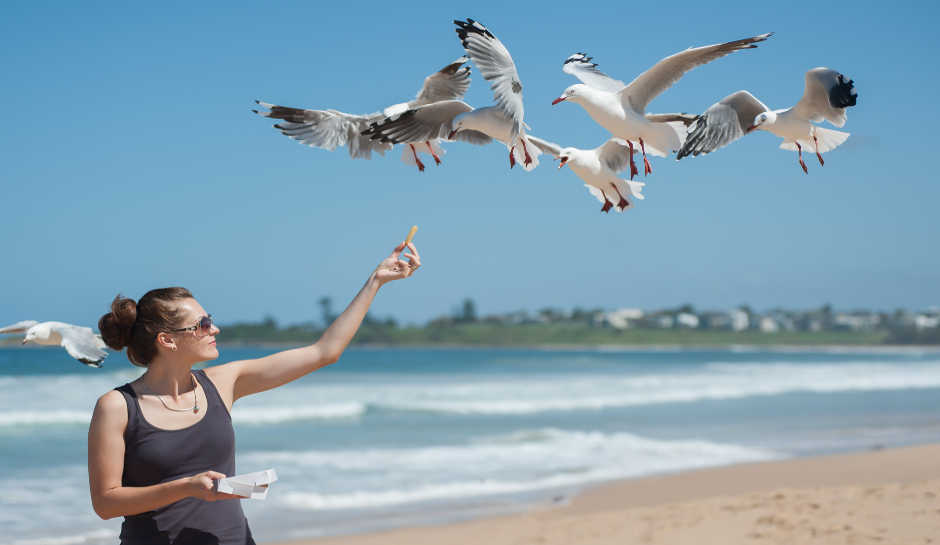 A grandmother from Brighton, East Sussex, claims she was held hostage in her home by a flock of seagulls for three whole days. The woman attempted to contact the police for help, but they refused to assist. According to the Daily Mail, 80-year-old Barbara Cox went outside to hang her laundry on the clothes line in her garden. As she attempted to pin the clothes to the line, two seagulls swooped down and attacked her. One of the seagulls grasped her leg and gouged into her flesh. With a bleeding injury on her leg, Cox rushed back inside and hid from the vicious seagulls, until the pain in her leg became too much to handle.
– read the whole story here: The Inquisitr News

When Cox realized the birds would not allow her to leave the house, she decided to call the police for assistance. The individual that answered the call stated that the police could not visit her since the attacker was not a person. The reason for the inability to send an officer was due to the lack of funding for such frivolous calls.
– via The Inquisitr News